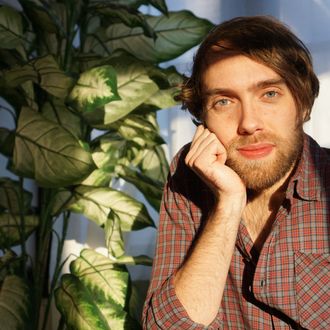 Enter the amount you wish to donate

Daniel Rylander is a singer/songwriter and multi-instrumentalist from Northeast Ohio. His passion for music has been a part of him since he was six years old when he began learning to play the drums. Daniel's first musical venture was his involvement in local, pop-punk band; Trademark Mistake, as the drummer, vocalist, and primary lyricist. Wanting to delve deeper into his love of writing songs, he taught himself to play the piano, guitar, and ukulele.

On May 2nd, 2012, Daniel received news that his older brother, 2nd Lt. David Rylander, had been killed in action in Afghanistan. The loss of his older brother was a major source of inspiration that moved him and his uncle, Tom Siebert, to write the song: “A Friend & Brother (Be Thou at Peace)”. In memorial of David, they performed this song at the funeral and having been well received by those in attendance, Daniel was encouraged to have it professionally recorded. It was working on this song with producer, Wes McCraw, at Creekside Audio in Norton, OH that was instrumental in his decision to later return to the studio and record the rest of his debut, full-length album: Strawberry Skyline.

Strawberry Skyline was released in 2013 and since then, Daniel has played over 300 shows locally, regionally, and nationally. In 2014, he released “Maui Wowii”; the follow-up single to his first record, which was inspired by a vacation to Hawaii, and sonically set the stage for his 2015 release: The Memoirs of a Poolside Romance. This EP was largely focused around the ukulele, and offered a more “stripped-down”, acoustic sound to listeners. Daniel has released new music every year since, including singles like: “White Elephant” (December, 2016), “Understanding” (January, 2017), “Right Now” (September, 2017), his second studio EP: How the Seasons Change Us (August, 2018), "When Angels Take You Home" (June, 2019), "Love You More" (September, 2019), and most recently, "Not Just Yet" (December 2020).

Now, with over a decade of experience, Daniel has returned to Creekside Audio, and is working on his second, full-length album. Please stay tuned and check back for further details regarding this release.

You can stream/purchase his newest single, "Sink with Me", here!

A list of upcoming events can be found by clicking on the 'Shows' tab - thank you for your support and enjoy the music!